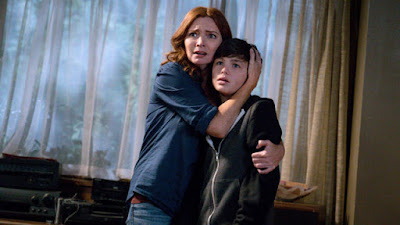 Logan Williams, the 16-year-old actor who died suddenly in April, overdosed on fentanyl, according to his mother.

In an interview with the New York Post, Logan’s mother Marlyse Williams said her son had a three-year battle with addiction. She hopes by speaking out on it that she can help stem the rising opioid crisis, where teen mortality rates continue to rise.

“His death is not going to be in vain. He’s going to help a lot of people down the road.”

Marlyse said that she discovered Logan was using marijuana at age 13 and eventually progressed into harder dugs. She said she does not know for sure when he began using fentanyl, a synthetic opioid pain reliever that creates a “heroin-like effect” on the body, according to the CDC.

Logan “was in complete denial because he was so ashamed,” of his addiction, Marlyse said, adding that he had been living in a group home after spending a month in a facility in British Columbia last year.

Logan Williams landed his very first audition when he was ten years old playing the part of Jack Spehn in the Hallmark movie “Color of Rain”. He later starred on “The Flash” where he played the young Barry Allen.