Husband Cuts Off Wife's Nose For Asking For Divorce 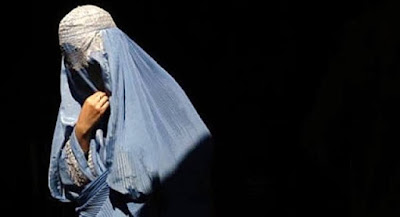 An Afghanistan man cuts off his wife’s nose with a kitchen knife after she asked for divorce amid a surge in domestic violence triggered by the coronavirus lockdown.

In a news reported by The Daily Mail, The mother of a seven-year-old boy was trying to leave her abusive husband, who had prevented her from moving out of their house in the southwestern province of Paktika.

The attack on the 24-year-old victim happened earlier this month and police arrested the husband this week. The woman was sent to her father’s home after treatment.

Her husband hit her and chopped off her nose with a sharp kitchen knife. She wanted a divorce because he abused her and beat her frequently.

She further discussed how the lockdown has led to an increase in domestic violence:

The lockdown due to the coronavirus has made the domestic situations even worse for women and one reason behind the increase could be that more women are reporting abuse.

Rights groups estimate that more than half Afghan women face domestic abuse at some point in their lives.

During their 1996-2001 rule, the Taliban banned women from education and work and only let them leave their homes in the company of a male relative.