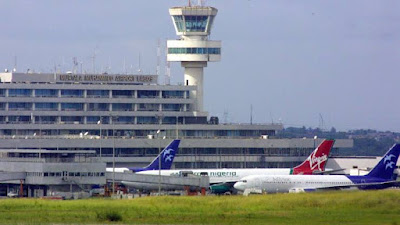 Some foreign airlines are allegedly planning to resume flights to Lagos, Abuja and Port Harcourt airports despite the ban on international commercial flights by the Federal Government in a bid to halt COVID-19 spread.

Although some of the airlines said their plans could change, it was learnt on Saturday that some of the international carriers had already scheduled some flights to Nigeria from June.

But the Federal Ministry of Aviation declared that such plans would not work until the flight ban was lifted.

Also, the Air Transport Services Senior Staff Association of Nigeria said no foreign or local carrier could take decision to fly to or within Nigeria if the government had not opened the airspace.

It was learnt on Saturday that Lufthansa Airlines had included Abuja and Port Harcourt among its 20 long-haul routes to begin flight operations in June.

It was learnt that the carrier had made its first batch of flight reservation available in its booking system.

Virgin Atlantic recently announced that beginning from May 16, services for its summer schedule flights from March 28, 2021 would be on sale, as it had scheduled flights from London Heathrow to the Murtala Muhammed International Airport, Lagos.

But senior Ministry of Aviation officials said although it was nice to hear that airlines were making plans to resume operations, such would not happen until the ban was lifted.

The FG on May 6 extended the suspension of both local and international flights by four weeks.

The government had earlier halted commercial flights by two weeks before it announced the four-week extension.

The Director, Public Affairs, FMA, James Odaudu, said the Presidential Task Force on COVID-19 had not lifted the ban on commercial flights, whether local or foreign.

He said, “They (foreign airlines) can’t operate scheduled passenger flights as long as the ban remains. The PTF on COVID-19 has the final say on when flights can resume, based on the level of control of the pandemic.

“Of course, we in the sector can’t wait for activities to resume at the airports to forestall further loss of jobs and revenue. Aviation has been one of the hardest hit by the pandemic and it will be a great relief to have flights resume.”

The President, ATSSSAN, Ilitrus Ahmadu, said no airlines could take decisions for Nigeria on when flights would start.

“It is not the foreign carriers that will decide for our country. So it is their business and they cannot say they can fly into the country without government opening the airspace.”