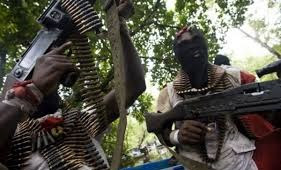 Two officers of the National Drug Law Enforcement Agency (NDLEA) were feared killed at the weekend while two others sustained injuries when suspected kidnappers attacked them in Owerri, the Imo State capital.

The officers were attached to the Joint Security Taskforce team of the ‘Operation Search and Flush’ patrol team.

The incident, it was learnt, happened at Ohi Junction on Orlu Road around 6.30 pm on Friday.

The Nation gathered the kidnappers had siezed an unidentified woman inside the city centre and drove away with her.


But when they approached Amakohia flyover, there was a little gridlock because of the ongoing lockdown.

Upon noticing that some armed security men were on the road, the woman attempted to jump out of the vehicle, waving and shouting to the security officers she had been kidnapped.

The kidnappers manouvered the traffic snarl and sped off towards Orlu road while the security men jumped into their vehicle and chased the abductors.

It was gathered there was an exchange of gunfire as they chased the abductors.

But the matter came to a head when the kidnappers stopped at Ohi Junction and engaged the securitymen in gun battle.

In the process, two of the NDLEA officers were gunned down while other members of the JTF sustained various degrees of injuries.

The State Police spokesman, SP Orlando Ikeokwu, confirmed the incident to The Nation.

But he said only one person died in the incident while two others sustained injuries.