8 Injured In Clash Over Imam’s Position In Kogi 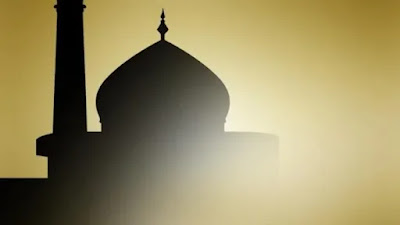 Eight people were injured in a clash between members of two Islamic sects over Imamate – Imam of Okene Central Mosque position – in Kogi State.

Locals told Daily Trust on Sunday that the clash which occurred on Friday was a spill over of the lingering crises between Tijaniyya and Sunni sects over who become the chief imam following the demise of the former imam, Musa Galadima who died in 2019.

It was learnt that the clash occurred few minutes to the commencement of the juma’at sermon when Ustaz Bello Hussaini, a sunni referred to Sheik Salihu Abere, who has been superintending over the mosque as the acting chief imam.

The statement was said to have infuriated a member of Tijaniyya group who demanded for an apology from the sunni member for being rude to the chief imam.

The development was said to have resulted in a free-for-all fight with many faithfuls scampering for safety.

A civil servant, Abdulsalam Mohammed Bashir who spoke to journalists on the matter, described it as an unfortunate and sad development.

“I was there when the chief imam entered the mosque to preside over the juma’at prayers.

“To the surprise of many people in the mosque , Bello Hussaini stopped his pre-hutuba sermon and announced that the acting imam is around instead of referring to him as the chief imam. This was the cause of the mayhem that lasted for more than an hour before the intervention of the police,” he explained.

However, the sunni member who was at the center of the altercation, Ustaz Bello Hussaini said he did no wrong by referring to Sheikh Salihu Abere as the acting imam since the substantive imam has not yet emerged.

According to him, following the death of the late chief imam, Sheik Salihu Abere who was the deputy was directed by Governor Yahaya Bello to step in on acting capacity.

“Momoh Jimoh challenged me for referring to Salihu Abere as acting chief imam and altercation and crisis followed. Four of our members were seriously injured while their shops was vandalised,” he said.

He said he referred to Abere as acting chief imam because, since he was directed to takeover on acting capacity, there has not been a pronouncement making him the substantive chief imam.

Meanwhile, governor Bello has summoned the Ohinoyi of Ebiraland , the five Ohis in the district and eminent personalities from the zone to Lokoja with a view to finding a lasting solution to the crisis.