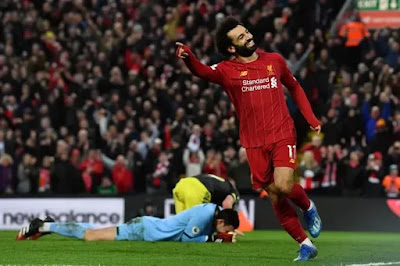 Liverpool have been promised they will be allowed a Prem trophy lift, but behind closed doors.

Jurgen Klopp’s men need just two wins from their remaining nine games when the Premier League returns next month to lift the crown for the first time since 1990.

The Kop will be denied the right to witness the historic moment in person with all resumption games taking place in empty stadiums.

But League chief executive Richard Masters vowed that the new champions will be handed the trophy in the traditional manner, allowing them a sort of celebration.

Masters said: “If at all possible, yes, there will be a ceremony and they will pass the trophy round.

“We would like to have a trophy presentation to give the players and staff the moment they have worked so hard for.

“So we would try and do it unless it wasn’t possible because of safety concerns. “From a planning perspective, we are focused on finishing the 2019-20 season, but we also have to plan for all eventualities.”

The return of the Bundesliga at the weekend was an advert as to how matches will look once football gets back underway in England.

With empty stands, the only sound was the ball being struck and the occasional shouts from players and coaches.