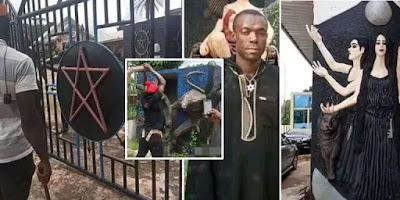 Reports indicate that the Assembly of Sunshine Bearer Larger Church of Lucifer simply called Church of Lucifer led by founder, Ifekwe Udo has been shut down and vandalized by irate youth in the community.
It was revealed that the founder has been arrested by the federal authority bringing joy to residents of Ohafia, were the church is located in Abia State.(Wapbaze_Copyright)

People of Ohafia knew his evil practices but nobody could confront him because of his connections.(Wapbaze_Copyright)

He claims to have the power Satan has. He is known to use voodoo power on his Members.(Wapbaze_Copyright)

It was a thing of joy and happiness for the people of Ohafia around the world as the founder of the named church above was arrested by federal authority.(Wapbaze_Copyright)

Ifekwe Udo, also known as Lucifer or Fada-Fada has a question mark regarding his Ohafia nativity.(Wapbaze_Copyright)

He became popular in the past quarter of the decade for his visible effort in providing employment opportunities for the jobless youths of the community. He gave the jobless youth motorcycles on hire purchase.(Wapbaze_Copyright)

He later opened a brothel also in Ohafia with allowed unisex.(Wapbaze_Copyright) 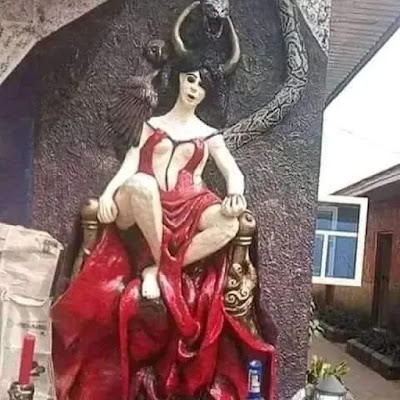 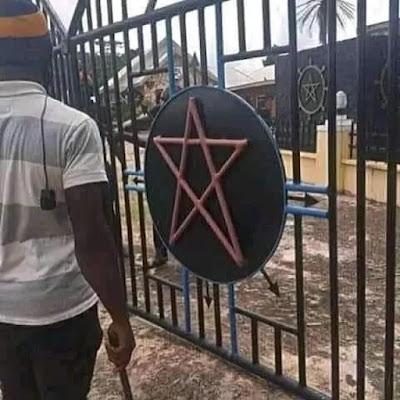 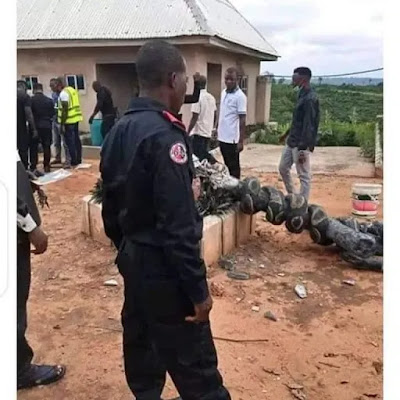 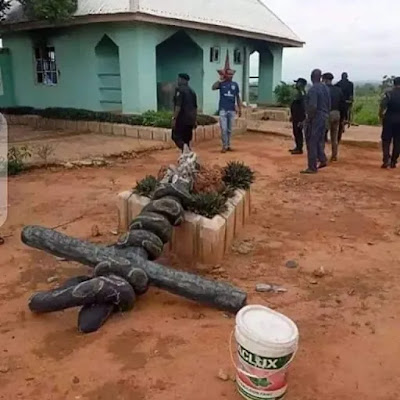 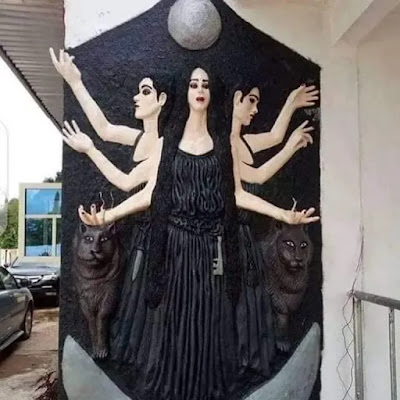 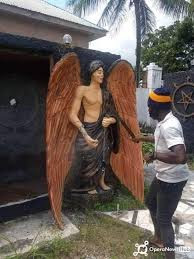 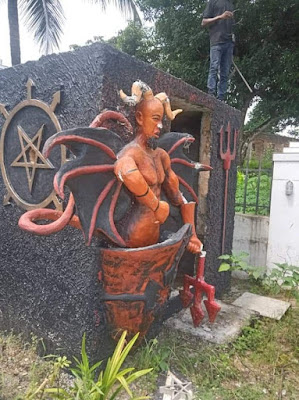