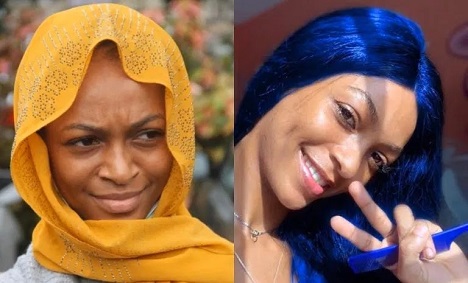 Adeherself had been arraigned before Justice Sherifat Solebo of the Special Offence Court sitting in Ikeja, Lagos on a one-count charge of possession of fraudulent documents

She was among five persons arrested by the EFCC for their alleged involvement in internet-related fraud.(Wapbaze_Copyright)

The five suspects were apprehended in different areas of Lagos during a raid by operatives of the Economic and Financial Crimes Commission, EFCC, Lagos Zonal Office.(Wapbaze_Copyright)

At the beginning of the trial today, Mr Samuel Daji, the lead prosecuting counsel for the anti-graft agency, made the plea to court to deny Adewale’s bail hearing

“I urge the court to refuse the bail of the defendant and order accelerated hearing,” Daji said.(Wapbaze_Copyright)

Earlier, the defence counsel, Mr Tunde Salami, had applied to the court to grant bail on liberal terms to Adewale who had been remanded in EFCC’s custody since July 7.(Wapbaze_Copyright)

Following the submissions of the defence and prosecuting counsel, Justice Sherifat Solebo, adjourned the case till Wednesday for ruling on the bail application.(Wapbaze_Copyright)

According to the EFCC, Adewale on June 15 when she was arrested had with the intent to defraud, had in her possession a fraudulent document entitled “WhatsApp.”

“The offence violates Section 318 of the Criminal Law of Lagos State, 2011,” Daji had said.